Series RMQ comprises valves with two port connections; they are operated by electric motors. The valve stroke can be adjusted steplessly and held in place by a motor using a setpoint signal (4-20 mA or 0-10 V). Series RMQ is particularly suitable for precise dosing applications - the servo motor reliably processes setpoint deviations of 1%. 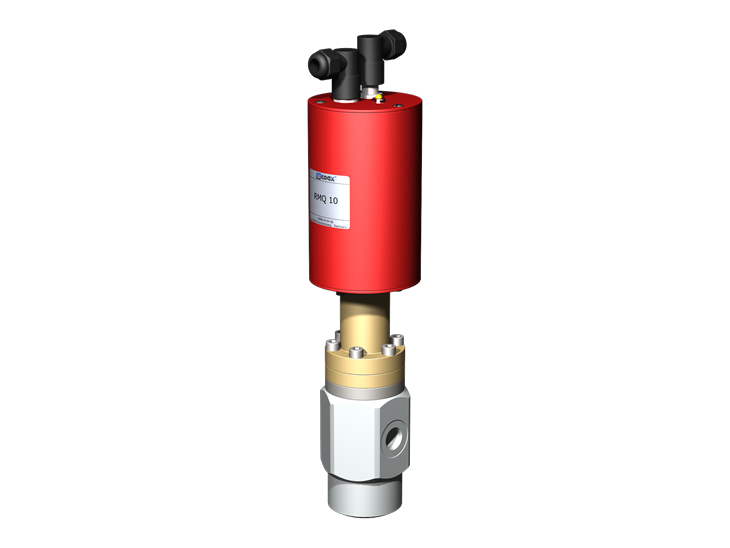 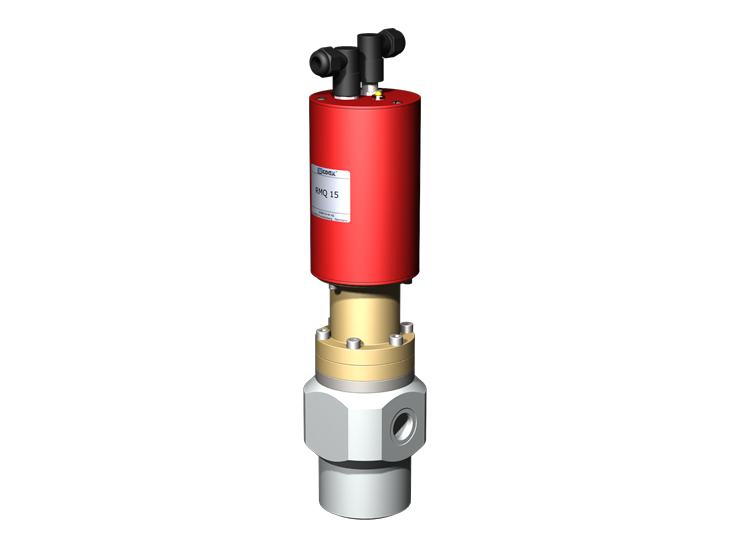 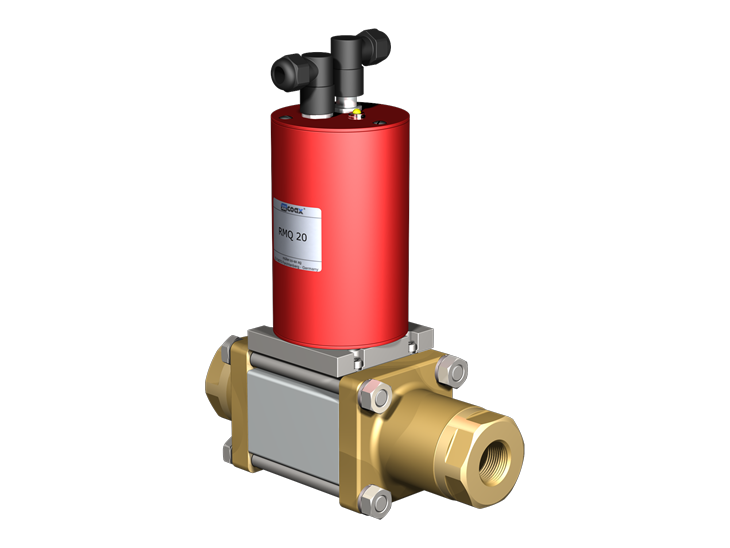 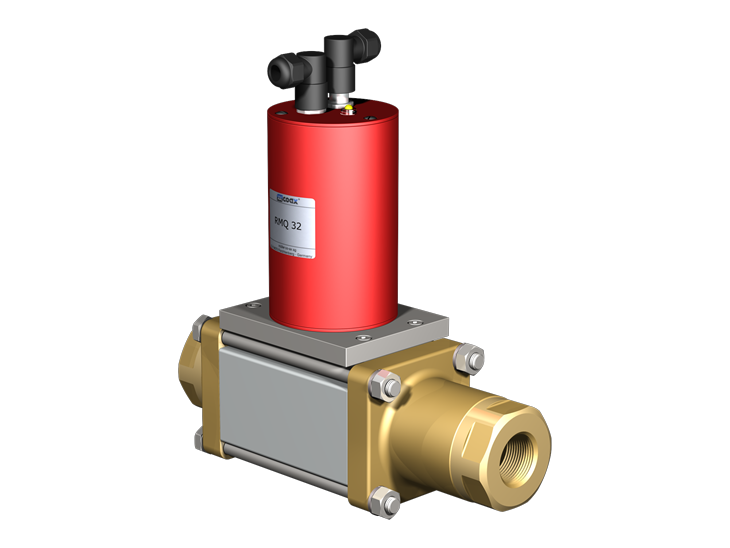 Series RMQ 20 and 32 exhibit a particularly favorable relationship between a high-pressure range and a high flow rate, and also have a very low power consumption thanks to their pressure-equalized design. Thus, various pressure design limits of 240 to 960 psi can be realized. Stepless adjustment of the volume flow rate from 0 to 23 GPM is available depending on the model. Typically, these valves are used with liquid media such as coolants, oils, emulsions, or water up to 176°F, but are generally also suitable for gaseous media. The coaxial design ensures a low noise level of the process medium when in operation.

Series RMQ 10 and 15 comprise position-regulating valves in a cartridge design. These valves are characterized by a particularly favorable ratio between a high pressure range and very precise dosing. Due to the design, pressure is limited to 375 psi. The stepless dosing range can be adjusted from just a few drops to 45 l/min depending on the nominal width – please refer to the data sheets for details.

The valve cartridge is attached to the valve body with three screws. Once installed in the piping system, cartridge design offers the advantage of replacement within a few minutes. Tedious dismantling of the entire valve body from the pipeline using a large wrench is not necessary because only three screws need to be loosened. Series RMQ 10 and 15 valves are suitable for a wide range of gaseous and liquid media up to a temperature of 176°F. A version with a hose seal is available for extremely dirty, abrasive or sticky media. Series RMQ 10 to 32 valves are available with housing materials made of aluminum, brass or stainless steel depending on the type.

One other characteristic of all Series RMQ valves is the very low power consumption during the adjustment procedure. Depending on the pressure stage, power consumption is between 10 to 19 watts. After the desired valve position is reached, the motor switches off and the control pipe remains in this position with millimeter precision until the next change in the setpoint. For this reason, the valve series does not have a defined NC or NO home position – when de-energized, the valve remains in the last position reached. As long as there is no change in setpoint value, the valve does not require any energy (sleep mode). Hence, the RMQ valves are considered to be extraordinarily energy-efficient. For this reason alone, these valves have been successfully used in where there was only a very low power supply available at the location. Without instrument air or a sufficiently powerful power supply unit, the operation of pneumatically or magnetically actuated valves is practically impossible; in such cases, Series RMQ valves can offer a viable solution thanks to their low power consumption.

As a result of the marginal power draw, the valve components in contact with the media do not warm up even when in constant operation. This makes it possible to use them even for highly sensitive dosing applications such as test benches where even the smallest amount of thermal transfer via the valve housing into the process pipeline is not permissible.

Because all Series RMQs open and close gently, these valves are also used in all situations where smooth and gentle process workflows without pressure peaks, vibrations and switching shocks are crucial, even at extremely high flow speeds.

By default, all valves are equipped with an LED on the cover, simply a visual indication of the motor and/or stroke movement on the valve. The LED indicator is an effective means of monitoring the valve status. The LED lights up for as long as the motor is in motion, and turns off as soon as the motor reaches the stroke position and switches off. A flashing LED indicates a valve fault (valve stroke not achieved) and the motor remains in this position for safety reasons. Usually, such a fault indication can be deleted via a simple "Reset" (pull out connecting plug for one second). However, large particles of dirt from the process may have gotten stuck between the valve seat and the control pipe, requiring removal.

All Series RMQ valves can also be integrated on site into a closed-loop control circuit. Generally, in these installations, the valves are used together with suitable volume flow rate meters that are chosen by the customer. This combination can achieve the highest accuracy levels and the best results. Close collaboration between co-ax® and the customer has proven to be effective for jointly defining the optimal control circuit parameters.